The Led (light emitting diode) is today’s most efficient lighting technology. LEDs are durable, and longer life offers better light quality than comparable lighting. LED’s use 10 percent of the energy of an incandescent light bulb. LED’s come to full brightness without the need to warm up. The life of fluorescent lamps diminishes by turning them off and on. LED lights, however, are not affected by this action. The initial cost of upgrading to LEDs is higher than traditional lighting.

The one degradation for LED lighting is the dye and packaging materials reducing light output to some extent over time. Like incandescents and unlike fluorescents and CFL’s.

The LED market is going to grow to twenty-five billion by the year 2035. A compound annual growth rate (CAGR) of 25 percent. Indicating how consumers are reacting to the LED light efficiency of this technology.

Residential lighting especially Energy Star rated products use 75 percent less energy and last 25 times longer than incandescents. Your use of LEDs in your home will have the most significant impact on your energy savings.

LEDs have a wide variety of colors and lumen light levels. They are higher in costs compared to traditional lighting. They will, however, be more efficient and economical to operate and last longer over the life of the bulb. Benefiting consumer not having to replace them as often.

*Based on 2 hrs/day of usage, an electricity rate of 11 cents per kilowatt-hour, shown in U.S. dollars. 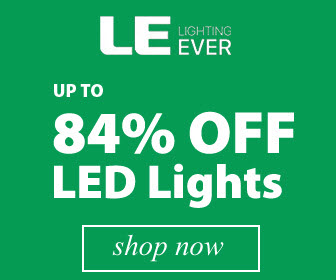 HOW LEDs ARE DIFFERENT

LED lighting is very different from other light sources such as incandescent bulbs and CFLs. Fundamental differences include the following:

The advantages of using LED lighting

Safer: LEDs are much cooler than incandescent lights

Sturdier: LEDs are made with epoxy lenses, not glass, and are much more resistant to breakage.

Easier to install: You can connect many on the same circuit without fear of overloading the circuit.

*Assumes 50 C-9 bulbs and 200 mini-lights per tree, with electricity at $0.119 per kilowatt-hour (kWh) (AEO 2012 Residential Average). Prices of lights based on quoted prices for low volume purchases from major home improvement retailers. All costs have fallen at an annual rate of 5.6 percent. Lifespan assumed to be three seasons (1,500 hours) for non-LED light

LED light output of a single LED is less than a traditional incandescent light bulb or a CFL. In most applications, you will see multiple LED’s that make up the lamp. LED’s come to full brightness when turned on. No need for warm-up coming to full illumination as soon as you flip the switch. As you can see upgrading to LED lighting can be the easiest way for you to reduce costs to your energy needs. LEDs are safe, durable, and sustainable and offer you the best-LED light bulbs for home use.

I hope you find this information enlightening.

2 thoughts on “Best LED Light Bulbs for Home Use”